*Transport Type: using taxi cabs, inexpensive and abundant in town. The subway can also be a good option in part of the itinerary.

Discover the contemporary architecture in Barcelona. With Mies van der Rohe’s pavilion in Montjuïc, the high rise complex in Gran Via, the Glòries Tower by Jean Nouvel, the W Hotel built by Ricard Bofill and the newly developed Diagonal Mar area.

The German or Barcelona Pavilion, built by Mies van der Rohe on the Montjuïc foothill in 1929 for the second World Exhibit in town, is one of the clearest icons of the modern 20th century European architecture and its reconstruction in 1986 is a must see for anyone interested in the field.

The main concept of this flat, small building is the simplicity of a luxurious space created by several playful perpendicular planes in three dimensions, which interior is dotted with a sculpture by Georg Kolbe inside an open air little water pond and the furniture chairs designed by the architect himself, named Barcelona chair. The outdoors pond is framed by a travertine floor and wall.

Not far from it there’s the former bullring Les Arenes, in disuse for long and reconverted in 2011 by Richard Rogers into a uniquely shaped popular shopping mall. The old brick structure crowned with a dome is combining architectural historical respect with technological innovation.

The same architect had already built in 2006 the Hesperia Tower Hotel, a 30 store structure known for its panoramic lifts and flying saucer-like restaurant on top, standing just a couple of miles further south on the very same avenue and second longest in town: the Gran Via de les Costs Catalanes.

Japanese architect Toyo Ito built the reddish, impressive Porta Fira Towers in 2006. With a hight of 113 m. and 28 floors it is an outstanding, ultra modern looking structure next to the international trade fair premisses. The tower hotel, with a very organic shape, adds to the aluminum and glass panels of the inner core a second skin which is made out of independent red aluminum tubes hooked by hinges.

David Chipperfield is responsible for the nearby located Ciutat de la Justícia (City of Justice), an architectural project finished in 2009 and meant to host the judicial activities for the whole Barcelona area. The courthouse complex encompasses a series of 8 separate but still interrelated blocks with a public centre or plaza.

Previously named AGBAR tower and built by Jean Nouvel in 2005, the steeple Glòries Tower is an impressive structure with a core of concrete covered with a colourful glass façade and over 4,500 windows. With 34 floors above ground, the inner space is very diaphanous, without interior pillars. Once lit at night, thousands of LEDs show an evolving display through all nuances of purple and blue, being a true icon of the city’s skyline.

The blue triangular Forum building, by Herzog & Demeuron, the slender 24 floor Torre Telefònica white high rise, by Enric Massip-Bosch, and the sharply edged hotel Princess, by Òscar Tusquets, are the three neighbours of the coastal starting spot and main landmarks of the longest avenue in town: the Diagonal.

On the way back to the city center you see a couple of interesting buildings, such as the Media-ICT building (Barcelona Digital Centre Tecnològic), by Enric Ruiz-Geli, the Parc de Recerca Biomèdica de Barcelona, by Manel Brullet, located on the seafront and rather spectacular, with an avant-garde wooden façade and fitting perfectly into the environment. Or the 20 stores building of Gas Natural headquarters, by Miralles & Tagliabue, plus another new landmark on the sea front, the W Hotel built by Ricard Bofill in 2010. 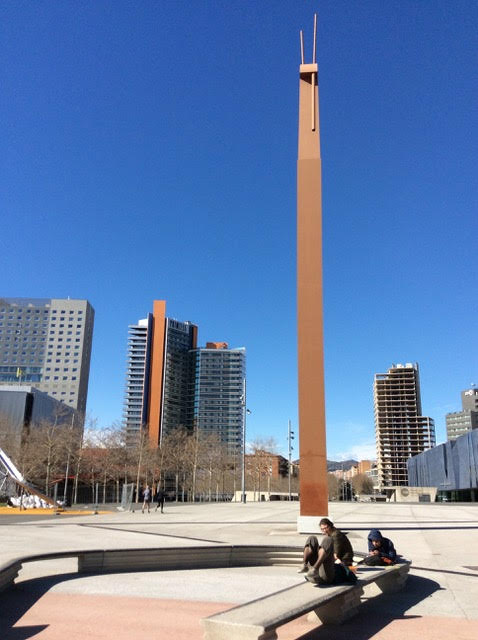 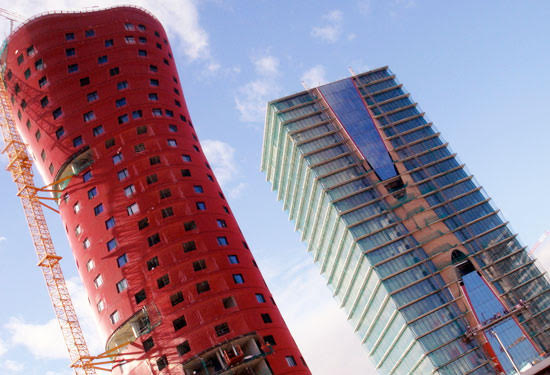 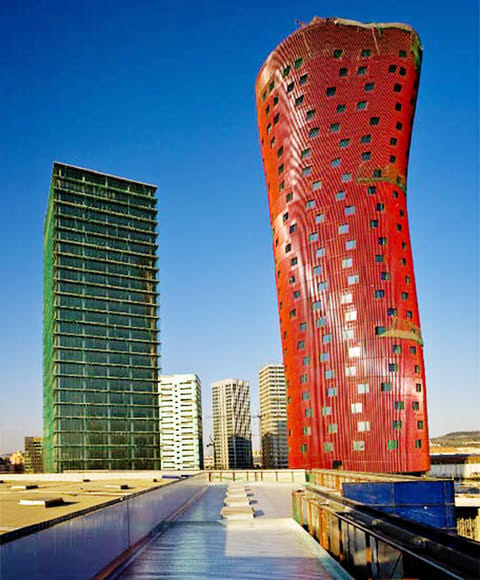 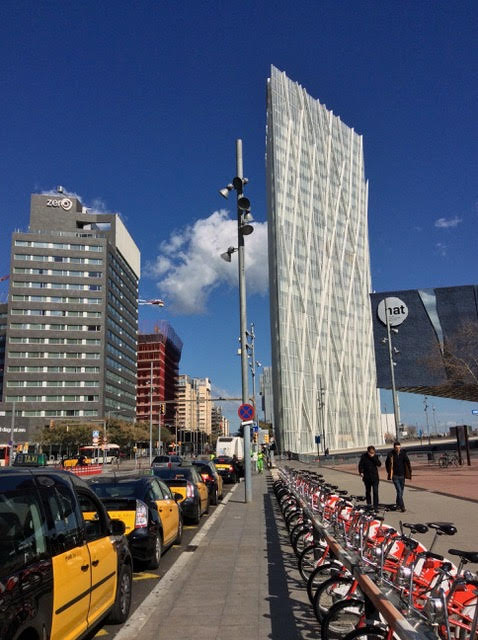 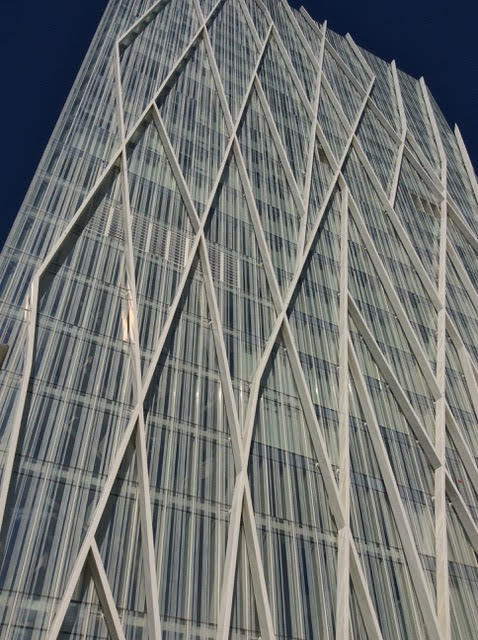 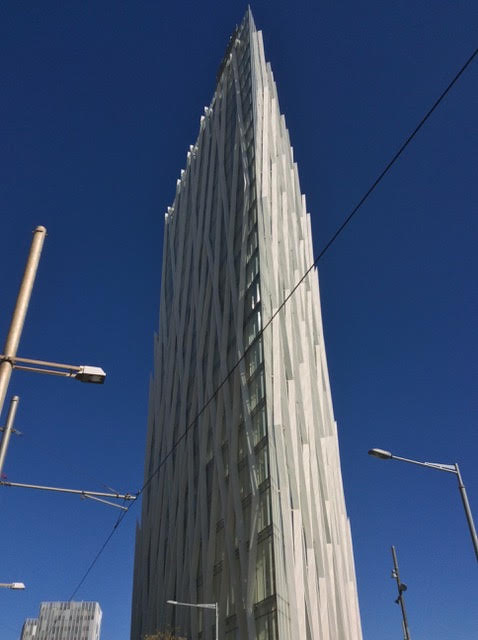 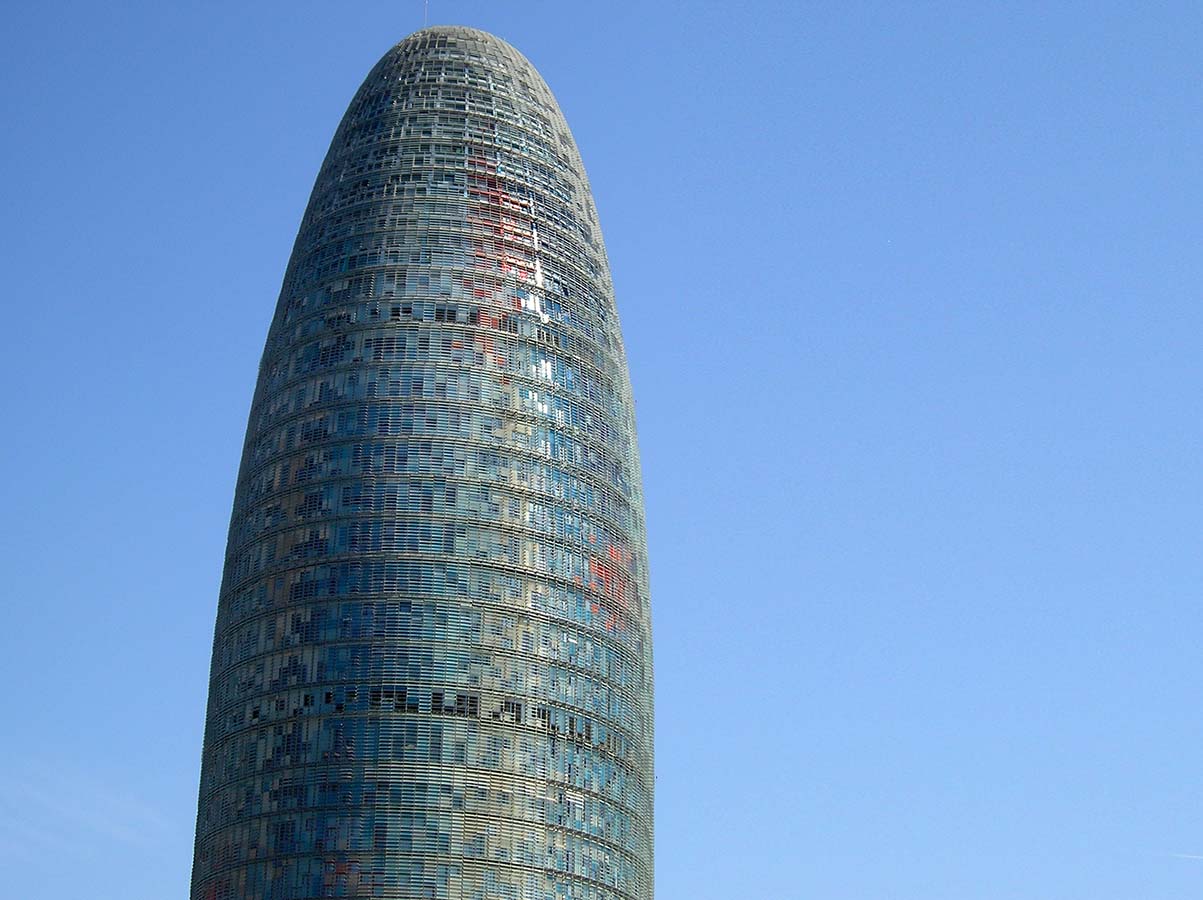 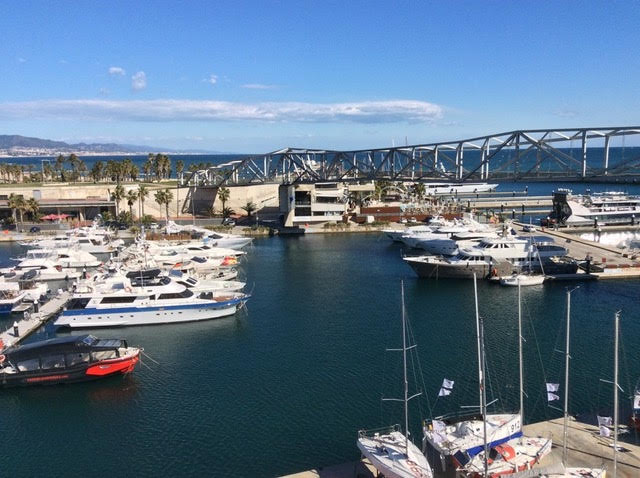 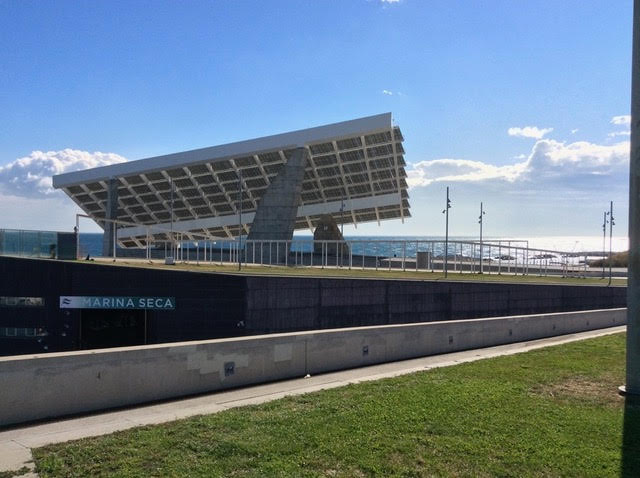 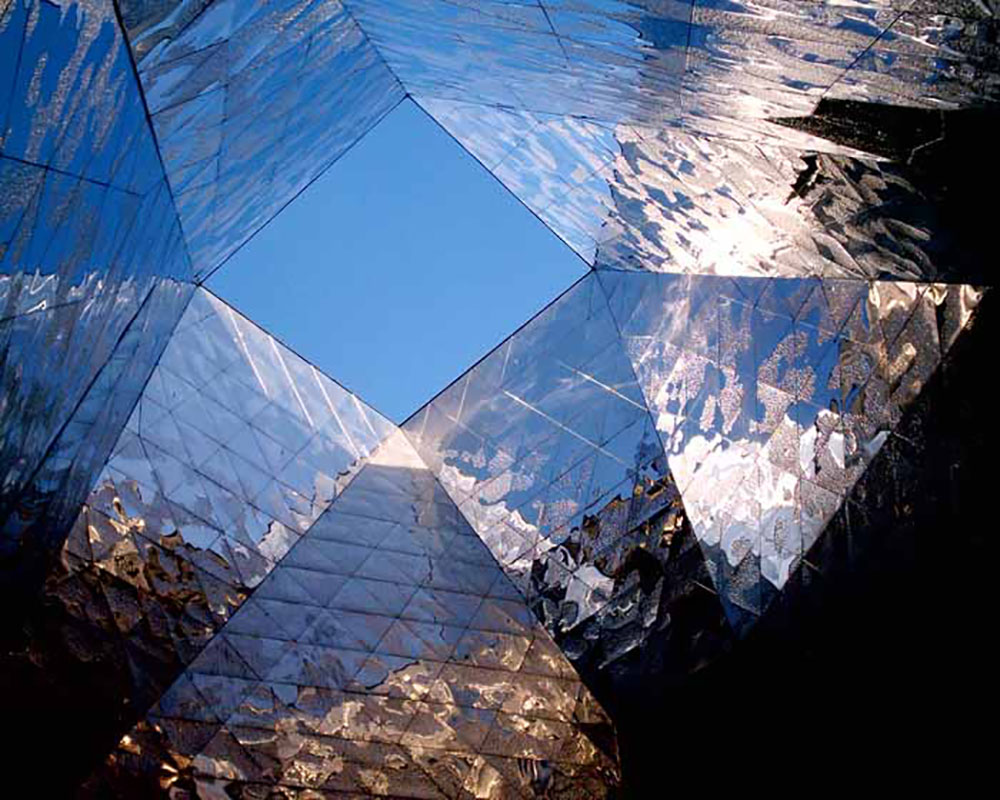 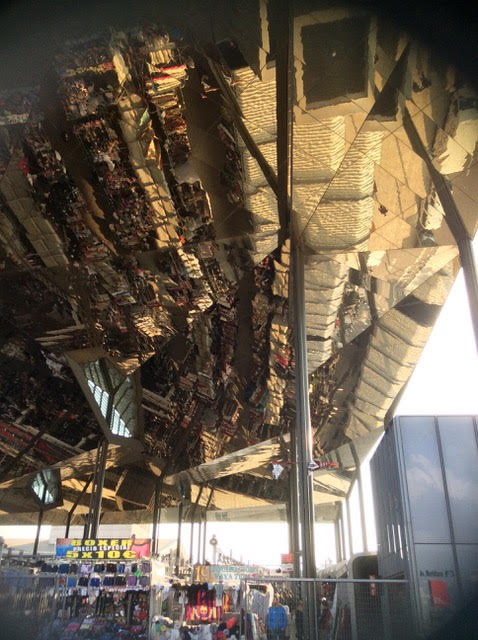 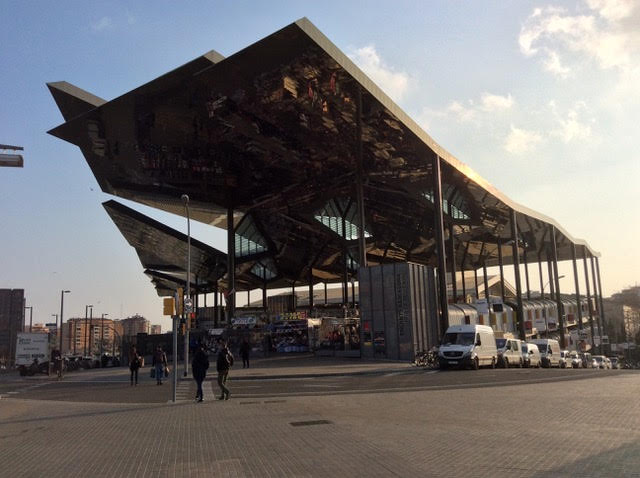 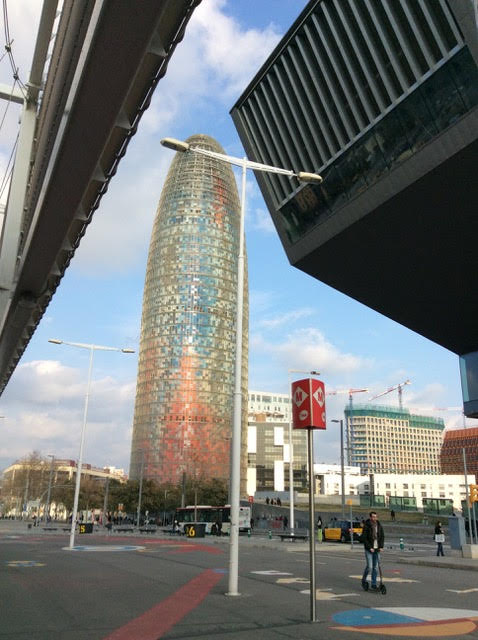 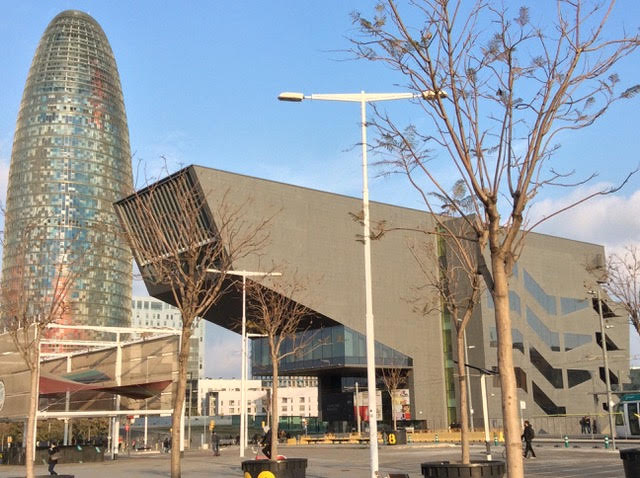 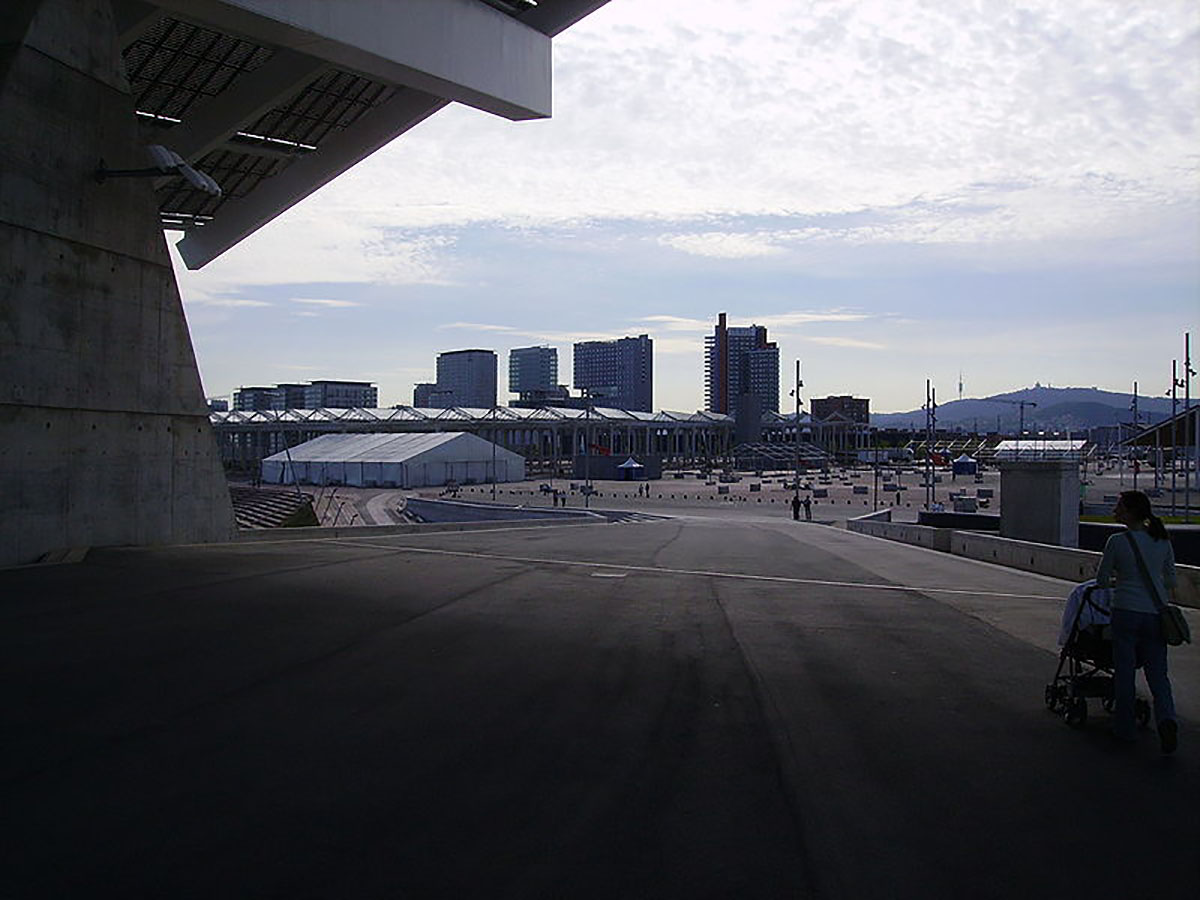 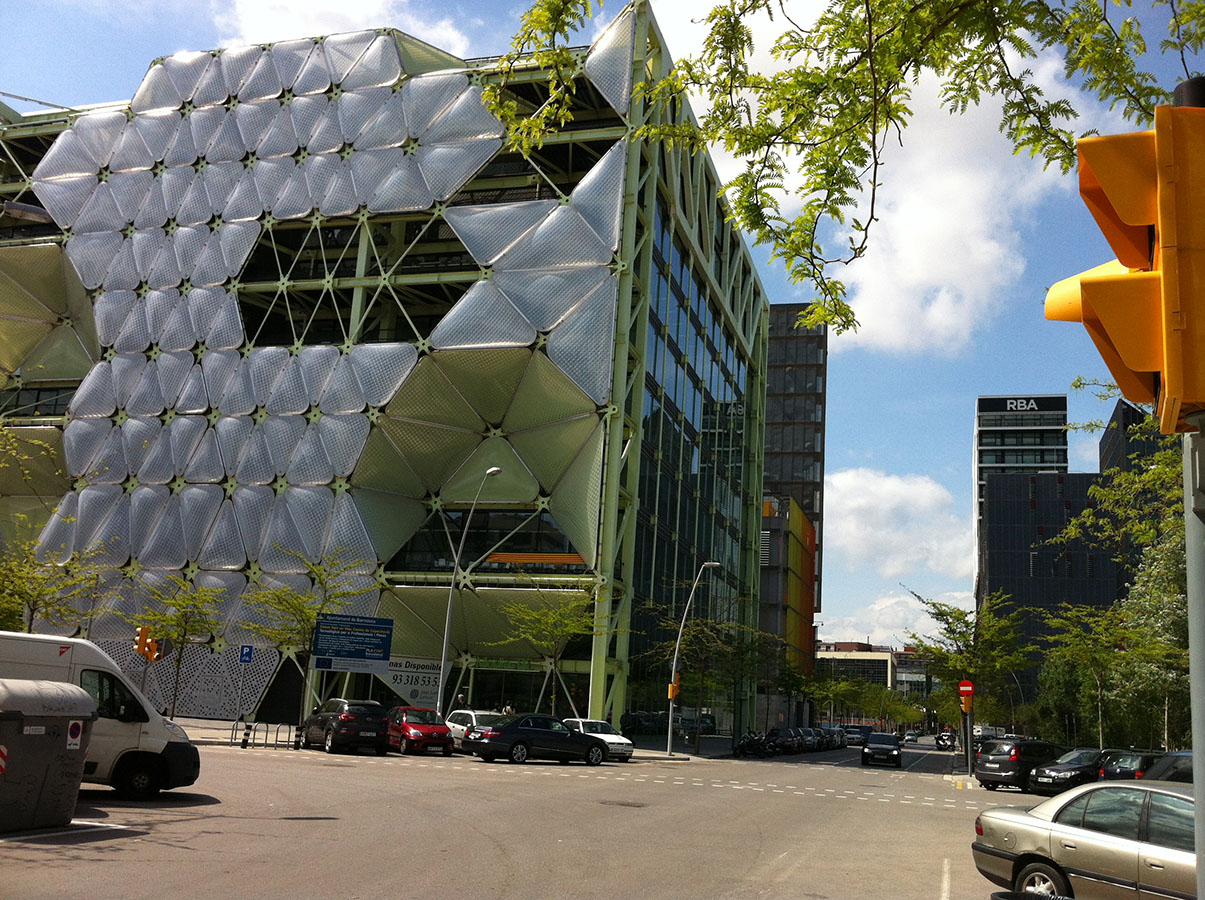 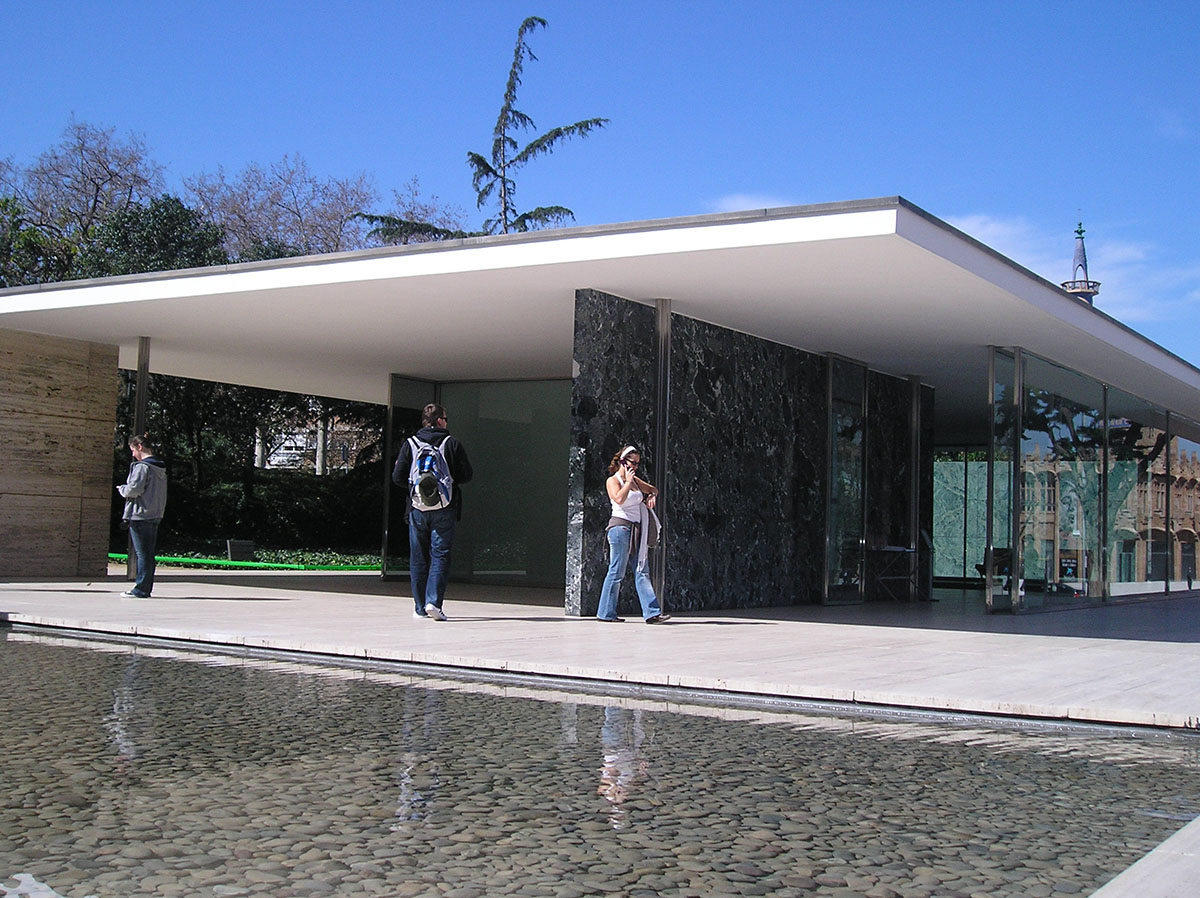